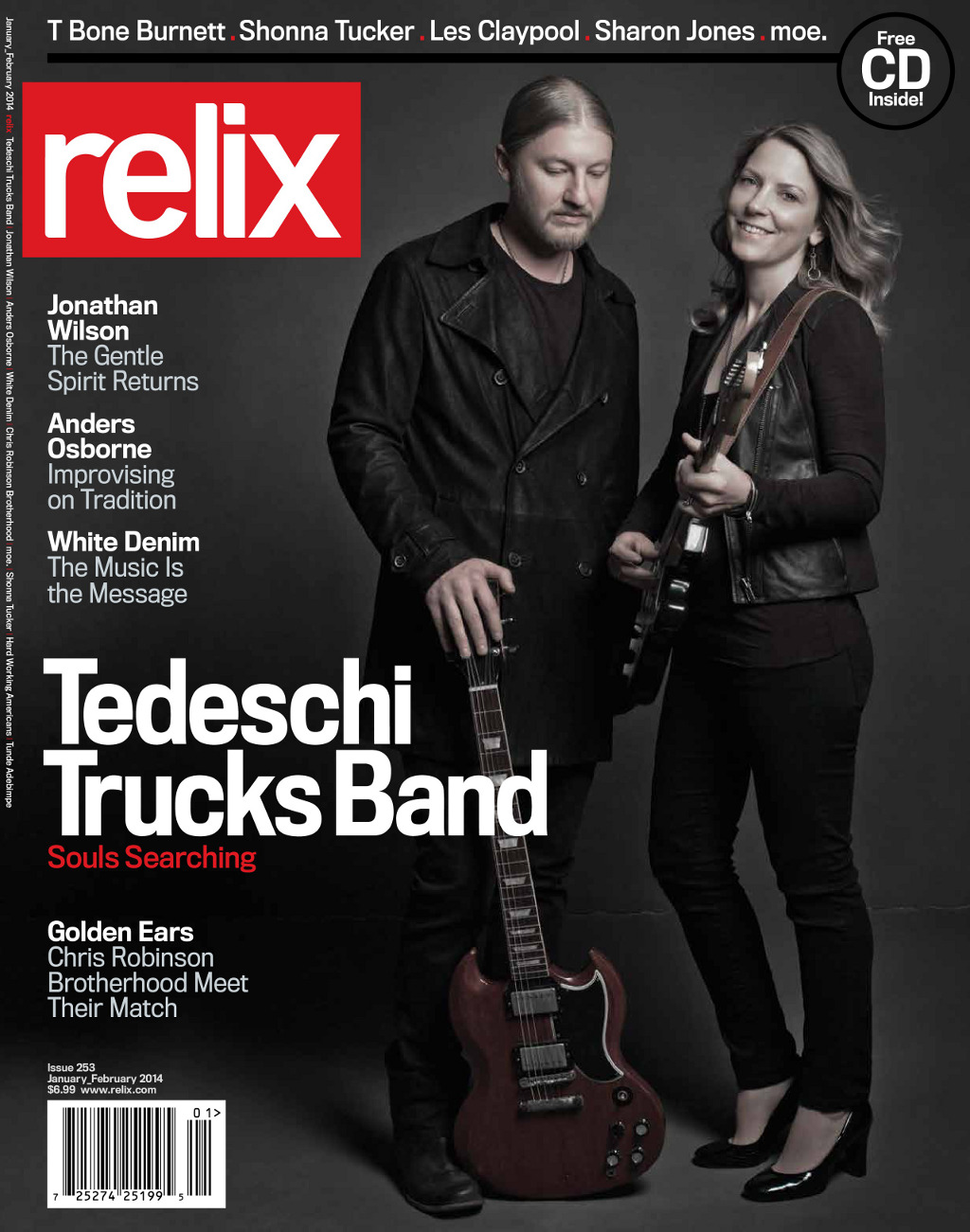 TTB is on the cover of the January-February issue of Relix! We're happy to bring you an excerpt from Dean Budnick's insightful article. To get the full issue, visit Relix.com, and use the promo code "TTB" for 20% off your subscription price. -------- “Nice. You can’t go wrong with Hendrix.” Derek Trucks shares his enthusiasm at the outset of an impromptu listening party on the second floor of Swamp Raga Studios. Nestled comfortably within a plush chair while his wife Susan Tedeschi settles in on an adjoining couch, the pair salute the selection of longtime crew member and studio engineer Bobby Tis, who carefully removes Axis: Bold As Love from its dust jacket and dutifully cleans the album. Tis proceeds deliberately—a sonic cleric preparing an offering for the turntable. He cues it up and the results are nothing short of a revelation. A true Jimi Hendrix Experience delivered as originally intended, with exquisite clarity and separation. Though they have heard this album many times before, Tedeschi, Trucks and Tis soon chatter excitedly about their discoveries from this go-round. They marvel at the interview segment that opens the record, as Mitch Mitchell’s voice drifts to the right side of the room before abruptly careening in the opposite direction with a hard left. Eyes open and ears wide, they exhibit the animation and energy of like-minded music buffs. Of course, they’re much more than that because the floor below is where Tedeschi Trucks Band have recorded two heralded studio albums, most recently Made Up Mind, the follow-up to the group’s 2011 debut. “Every night, when we’d get done tracking, we’d come up here and listen to it on this system,” Trucks explains. “That way, we’d know we were not bullshitting ourselves. These things are relentless.” “If you come up here with a half-assed mix…” Tis remarks. “It exaggerates the wrong,” Trucks adds with a laugh. By all accounts, these wrongs were few and far between during the creation of Made Up Mind. As vocalist Mike Mattison recalls, “The first time everybody was getting used to how this would work—finding a routine and finding a method—but with this record, that was already in place. It was like jumping into warm water.” Yet while Swamp Raga offers a familiar, comfortable setting for Tedeschi Trucks Band, a place to call their own, it is not just a home studio.Rather, situated 40 yards from the house where the group’s married namesakes first settled in together and are now raising their two children, it truly is a home studio." -------- Read more: www.relix.com/joinus