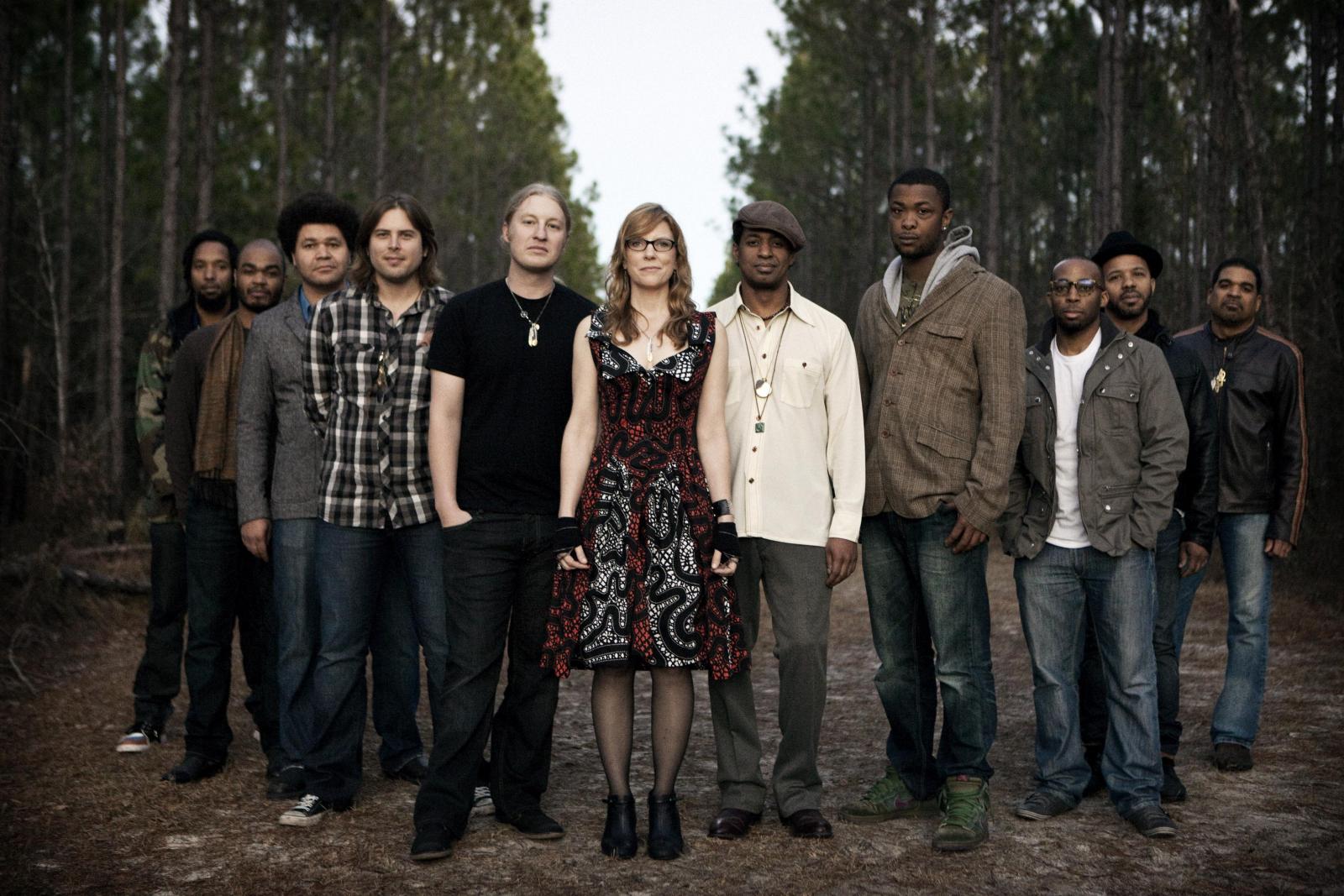 On May 22, Tedeschi Trucks Band will release Everybody's Talkin', their sophomore album in their second full year as a band. Click here to pre-order your copy of Everybody's Talkin'. As last year's lengthy Revelator World Tour wound down, the band decided to record their October concerts in the highest quality possible, and their foresight paid off as the group turned in several of their most powerful performances in the band’s history. From that fruitful run of shows comes Everybody's Talkin', a two-disc set (also available on vinyl) that captures the collective spirit and lift of a typical TTB concert—raising the roof with a Saturday night sense of abandon, before gently concluding with a Sunday morning spiritual. Pre-order your copy of Everybody's Talkin' from the TTB Store. As always, we have lined up some special treats for fans who pre-order their copy ofEverybody's Talkin'. All pre-order customers will receive a bonus downloadable live track of one of TTB's explosive encores, a medley of two Sly & The Family Stone songs, "Simple Song>Take You Higher." It's a perfect complement to Everybody's Talkin', and it's only available for pre-order customers. We're also giving away a prize package to one lucky pre-order customer that includes a pair of tickets to any TTB concert after June 15th during their 2012 tour, a special meet-and-greet with Derek and Susan, and a Gibson SG Special guitar autographed by Derek and Susan. Five second-prize winners will receive a signed vinyl copy of Everybody's Talkin'. For sweepstakes details and complete official rules, click here. Produced by Derek Trucks, mixed by Jim Scott and engineered by Bobby Tis,Everybody's Talkin' is a hearty blend of originals and spirited covers of rock, R&B and even gospel classics. The album captures the group’s roots-rich musical mix, fronted by Susan’s honey-to-husky voice (as well as her own gritty guitar-work), and a hefty dose of Derek’s signature slide-guitar sound. Each track is a powerhouse, and every solo is a journey, as the joyful, spontaneous energy of a TTB concert shines through the entire album. Everybody's Talkin' Disc 1 1. Everybody’s Talkin’ 2. Midnight in Harlem (Swamp Raga Intro with Little Martha) 3. Learn How to Love 4. Bound for Glory 5. Rollin’ and Tumblin’ 6. Nobody’s Free 7. Darlin’ Be Home Soon Disc 2 1. That Did It 2. Uptight 3. Love Has Something Else to Say (With Kissing My Love) 4. Wade in the Water