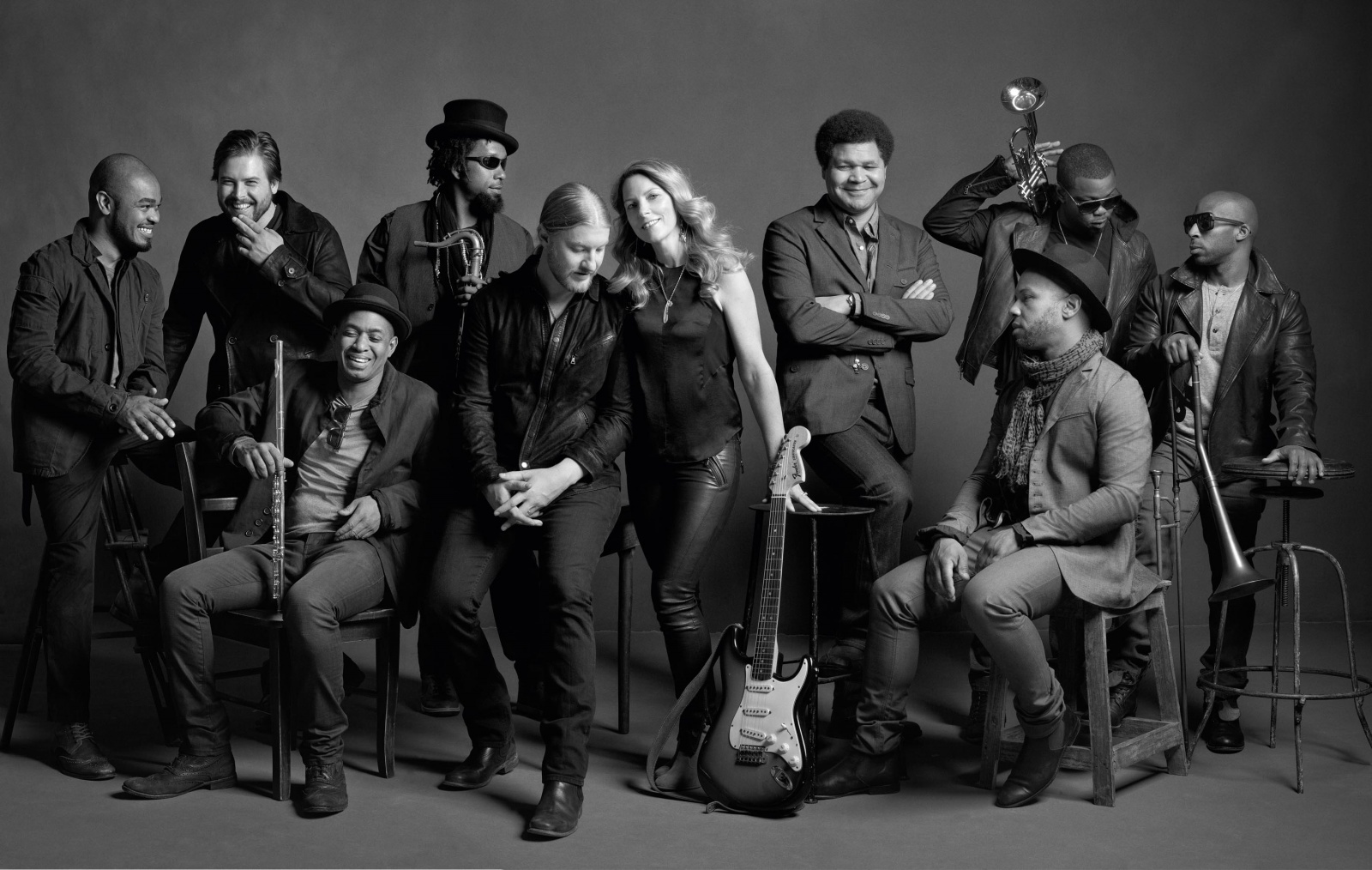 After three full years of relentless touring, Tedeschi Trucks Band emerged as a group with a vision. When they entered Swamp Raga Studios to record a new album, the task was clear: capture that vision on tape. Many months of writing, recording and refining later, TTB emerged with a new studio album called Made Up Mind (in stores August 20). From the first note of the title track, the power and range of this veteran band are on full display. With help from the extended family of TTB collaborators -- Jim Scott, Doyle Bramhall II, Eric Krasno, Oliver Wood, Gary Louris, Sonya Kitchell, John Leventhal, as well as bassists Pino Palladino, Bakithi Kumalo, Dave Monsey and George Reiff -- the final product is an energetic, powerful album that is both timeless and characteristically difficult to classify. But we'll leave the definitions to the experts. Our recommendation is simply to let it play, and play it loud. Produced by Jim Scott and Derek Trucks and engineered by Bobby Tis, Made Up Mind is Tedeschi Trucks Band's second studio album, and the first one to be mixed on their newly-acquired Studer tape machine. “We didn’t do it just because it’s a romantic notion,” says Derek. “We did it because it feels and sounds better." This could easily be a mantra for the band. Do what sounds right and let the music speak for itself. We're looking forward to sharing these songs with you in the near future. Stay tuned for details on our pre-sale offers and much more info about Made Up Mind, coming soon. Made Up Mind Produced by Jim Scott and Derek Trucks 1) Made Up Mind 2) Do I Look Worried 3) Idle Wind 4) Misunderstood 5) Part of Me 6) Whiskey Legs 7) It's So Heavy 8) All That I Need 9) Sweet and Low 10) The Storm 11) Calling Out To You Tedeschi Trucks Band is: Derek Trucks Susan Tedeschi Kofi Burbridge Tyler Greenwell J.J. Johnson Mike Mattison Mark Rivers Maurice Brown Kebbi Williams Saunders Sermons