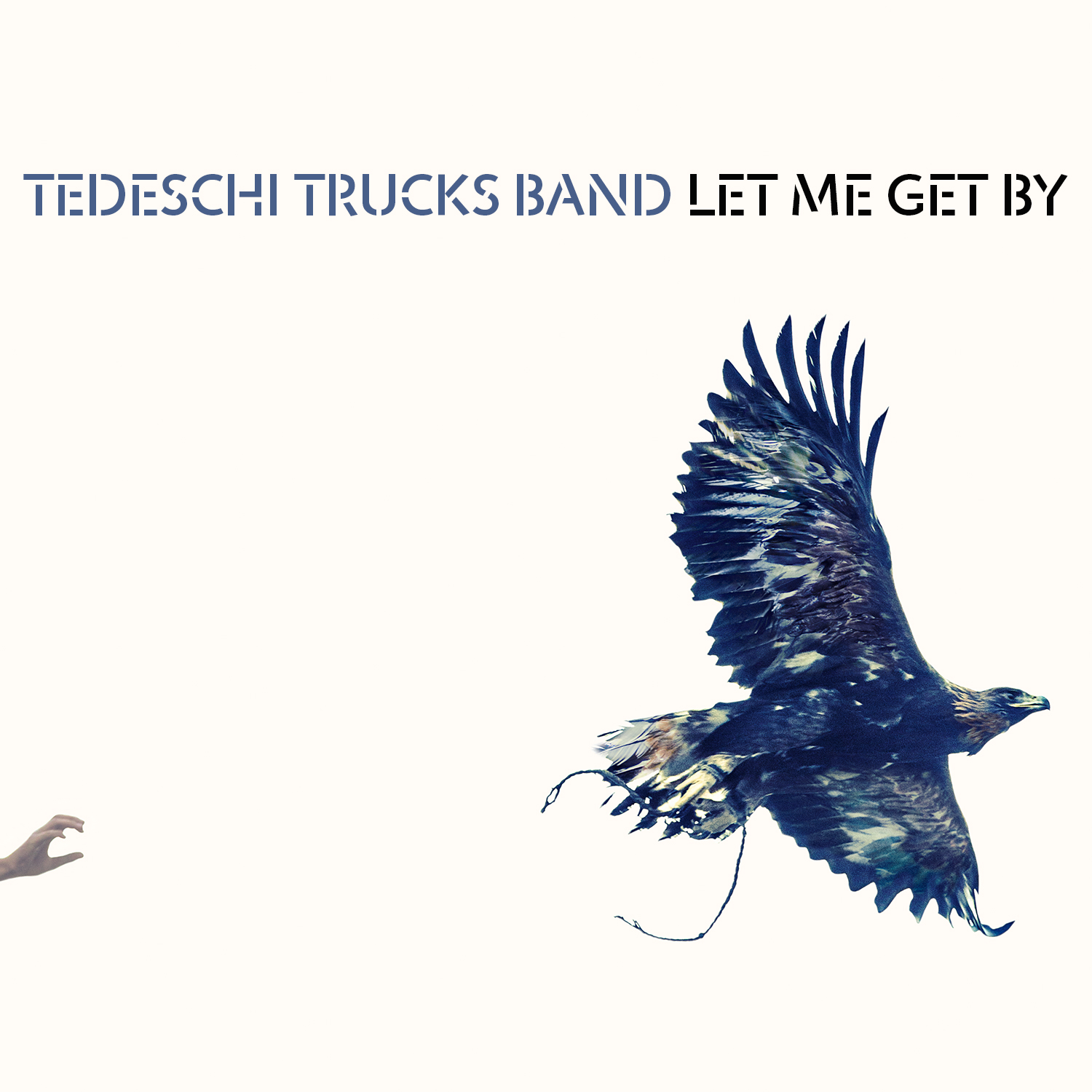 On January 29, 2016, Tedeschi Trucks Band will cap an extraordinary and transformative year with the release of Let Me Get By, TTB’s third studio LP and debut for Fantasy Records. Click here to pre-order the album today from the TTB Store.

Looking for a free sample? Enter your email address here to get a free download of the first track from the album, “Anyhow.” Let Me Get By features ten new, original songs that together stand as a testament to the hard work, independent spirit, and full-on commitment of the entire Tedeschi Trucks Band. The album’s artwork—a Mongolian golden eagle pictured a moment after flying from its handler’s glove—and even the album title itself reflect the sense of total dedication that serves as the driving force behind this recording. From that wellspring of dedication come the most powerful TTB recordings yet. Some songs you may have heard on stage in 2015, and some others that were deliberately held back for this occasion. Susan’s vocals and Derek’s guitar soar, tumble and glide through each song, as powerful as ever, even in the album’s most understated moments. Let Me Get By is an album of firsts – in addition to being the first TTB record Derek produced on his own (with the contribution of Doyle Bramhall II performing/co-producing on three tracks), and the first on which he and Susan co-wrote all the songs within the TTB family, it’s Derek's first album since his 15-year run as a member of the Allman Brothers concluded when the group disbanded last year, providing time for Derek and engineer Bobby Tis to spend countless hours in the studio honing the sounds and arrangements for this album. It’s also the first lead vocals on a TTB album for Mike Mattison, whose songwriting and harmonies have always been one of the defining features of the band’s albums. Finally, it’s the first album with Tim Lefebvre on board, whose deeply propulsive bass lines drive the rhythm section in exciting new directions on record. Each and every member of the band contributed in the recording process: there’s Kofi’s melodic keyboard wizardry, the perpetually locked-in drums and percussion of J.J. and Tyler, the always-punctual horn lines from Kebbi, Maurice and Saunders, and the rich blend of the harmony vocals from Mike, Mark and Alecia. Each individual personality has a chance to shine on Let Me Get By—even the crickets behind the studio lent their voices to the album, firmly connecting the band’s music to the Jacksonville swamps from which it emerged. In addition to the standard album release, we’re offering a special, 2-Disc deluxe version of Let Me Get By including an 8-track bonus disc featuring live recordings from the legendary Beacon Theatre in New York, alternate mixes, early song takes and additional studio material, along with an expanded booklet containing exclusive studio and live photos, all housed in a custom-designed vintage amp box. The deluxe version is available in both physical and digital forms, so no matter where you get it, you won’t be missing out on one note of music. Let Me Get By is available for pre-order now via the TTB Store, including the Deluxe edition and 180 gram vinyl pressings, but all versions will also be available for pre-order on Amazon and iTunes beginning on Friday. The TTB Store is the only place to get exclusive album apparel, merchandise, and discounted music & merch bundles, so check out the store and pre-order yours today. Let Me Get By: 1. Anyhow 2. Laugh About It 3. Don't Know What It Means 4. Right On Time 5. Let Me Get By 6. Just As Strange* 7. Crying Over You 8. Hear Me* 9. I Want More* 10. In Every Heart ---------------------------- Produced by Derek Trucks Recorded and Mixed by Bobby Tis *Co-produced by Derek Trucks and Doyle Bramhall II ---------------------------- Tedeschi Trucks Band: Susan Tedeschi Derek Trucks Kofi Burbridge Tyler Greenwell J.J. Johnson Tim Lefebvre Mike Mattison Mark Rivers Alecia Chakour Kebbi Williams Elizabeth Lea Ephraim Owens