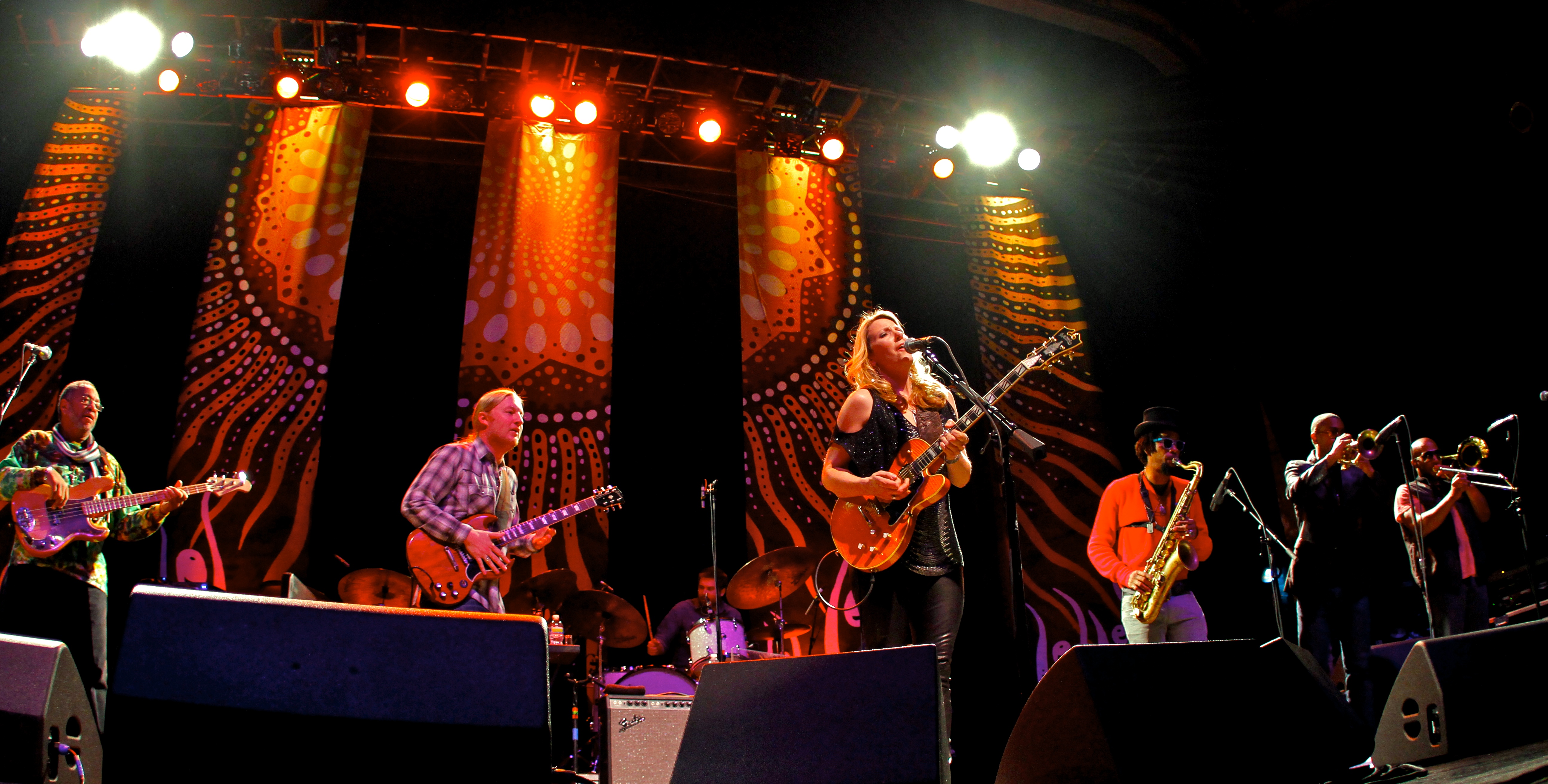 We're pleased to bring you a report from TTB's tour of Japan, courtesy of our foreign correspondent and friend, Tom Noguchi. Take it away, Tom... I wouldn't go Nagoya for any band other than TTB. It is four hours from my home, but at least I don't have to take a 14-hour flight to the States to see them. This time the band has come to me. Japanese fans have been waiting for this day to come for quite some time. Tickets for the Nagoya shows were sold out and the small venue is filled with fans eager to hear Derek's deeply moving guitar playing and Susan's soulful voice. When they came onstage, the crowd gave a warm, enthusiastic welcome to the whole band as they began the show with "Don't Let Me Slide." Derek's solo in "Midnight In Harlem" mesmerized the audience, and the room fell silent as everyone listened closely. During "Uptight," the horns were blasting, Oteil took a thrilling bass solo, and Tyler and JJ were feeding off each other as the song built to a great peak. The encore included "Preachin' Blues" with Mike Mattison on lead vocals, which was a treat as well, and the show ended with "Learn How To Love." It was wonderful to see this band in such a small venue. I think they play much bigger venues back home. Later they will play to larger crowds in Tokyo and Osaka, but this night will always be special not only because of their excellent playing, but because of the intimacy of the club. Here is the full setlist and a few pictures from the evening: 2012/02/05 Club Quattro, Nagoya, Japan 18:00-20:30 1. Don’t Let Me Slide 2. Everybody’s Talking 3. Midnight in Harlem 4. Rollin' and Tumblin' 5. Bound for Glory 6. I’ve Got a Feeling 7. Nobody’s Free 8. That Did It 9. Uptight 10. Darling Be Home Soon 11. Love Has Something to Say -Encore- 12. Wade in the Water 13. Preachin’ Blues 14. Lean How To Love