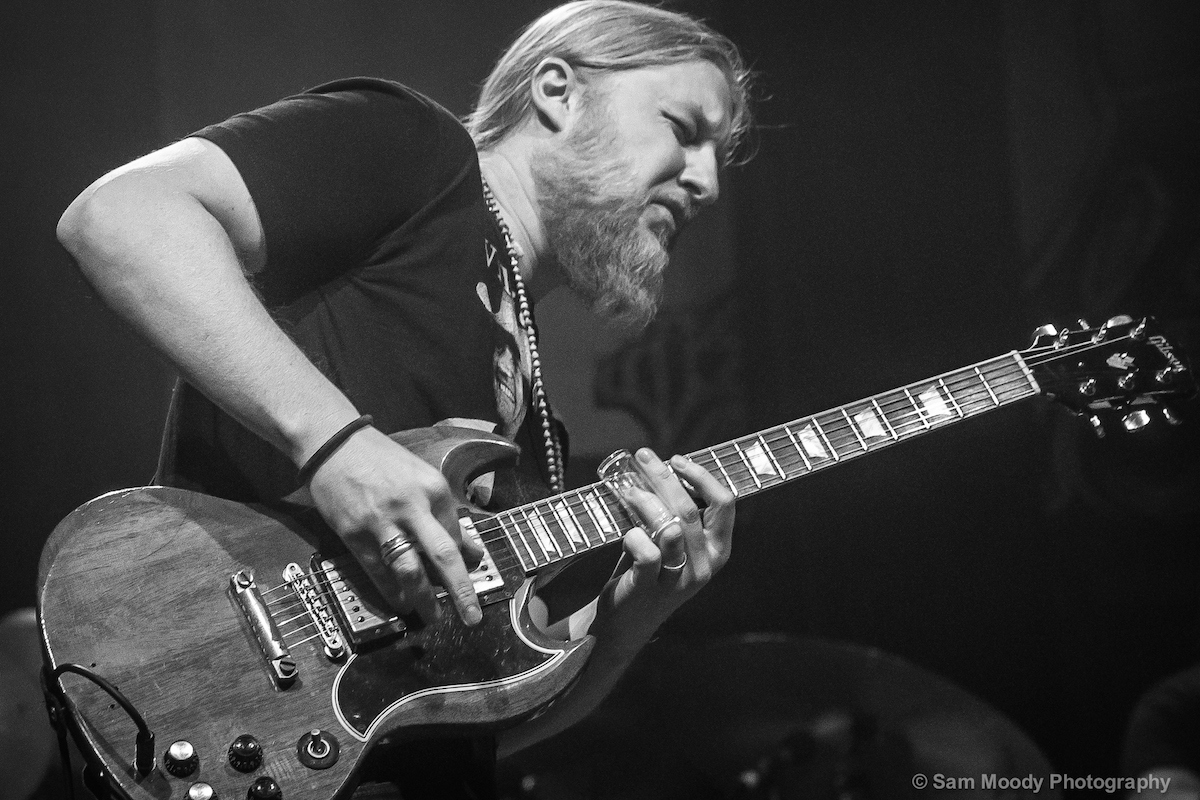 At the end of 2014, Derek Trucks and Warren Haynes will depart the Allman Brothers Band. Here is a joint statement from the two guitarists: "For 25 years and 15 years respectively, we've had the honor and pleasure of playing, living, learning, and traveling with the Allman Brothers Band, one of the truly legendary rock and roll bands. We will be forever grateful for the opportunity and the experience, and for the love, enthusiasm, and support of the incredible fans. We are both preparing to dig even deeper into our various creative and musical endeavors and, as a result, 2014 will be our final year as part of the band. We are looking forward to seeing our loyal ABB fans at the Fox Theatre in Atlanta this Friday night January 10th and in March at the Beacon Theater in New York City as we celebrate the 45th Anniversary of the band." - Warren Haynes & Derek Trucks A statement from Derek Trucks: "I got the call to join the Allman Brothers while on tour with my own band at the age of 19. It was out of the blue and felt surreal. I leapt at the chance. This was the music that I had cut my teeth on and it was the distinctive sound of Duane's guitar that inspired me to pick up the instrument in the first place. When I started with ABB I didn't know how long it would last, only that I would let the music lead me and teach me. Amazingly that led me past the band's 40th anniversary, to the band's 45th, and now my 15th year as a member of this incredible band. Five years ago the 45th seemed like a lofty goal but I thought if we could make it to that milestone it would be a logical time to move on. While I've shared many magical moments on stage with the Allman Brothers Band in the last decade plus, I feel that my solo project and the Tedeschi Trucks Band is where my future and creative energy lies. The Tedeschi Trucks Band tour schedule keeps growing, and I feel the time has finally come to focus on a single project, which will allow me to spend that rare time off the road with my family and children. It’s a difficult decision to make, and I don’t make it lightly. I’m proud to have made a small contribution to the masterful music they have created over the past forty years, and will continue to create. Now seems like a good time to go out on a high note with a great 45th anniversary in 2014, and the mutual respect and friendship of the other 6 members of ABB." A Statement from Warren Haynes: "I joined the Allman Brothers Band in 1989, at age 28, for a reunion tour with no promise or expectations of it going any further. Based on the success of the tour and the uncanny chemistry between the original members and the new members, we decided to continue and see where it all led. Now, here we are, 25 years later, and it has been an amazing experience. I've always said that if I were to join a band that I grew up listening to the ABB would be at the top of that list. The original version of the band was a huge influence on me and I'm sure that the countless hours I spent listening to and studying that music helped shape me as a musician. As proud as I am of being a member of such a legendary band, I'm even more proud of the music that we've made together and of being a part of carrying their original vision into the future. As someone who's been fortunate enough to juggle a lot of musical projects and opportunities I look forward to maintaining a vigorous schedule which will include many more years of touring and recording with Gov't Mule in addition to my solo projects and to enjoying more family time as well. Being part of the ABB has opened a lot of doors for me and that's something I don't take for granted nor do I take for granted the friendship and musical relationships I have with each of the members. The 45th Anniversary of the ABB is a milestone amidst too many highlights to count and I'm looking forward to an amazing year creating music that only the Allman Brothers Band can create." Allman Brothers Band Live Dates January 10 - Atlanta, GA - Fox Theatre - All My Friends: Celebrating the Songs and Voice of Gregg Allman. http://celebrategreggallman.com Beacon Theater in New York City March 7, 8, 11, 12, 14, 15, 18, 19, 21 and 22.