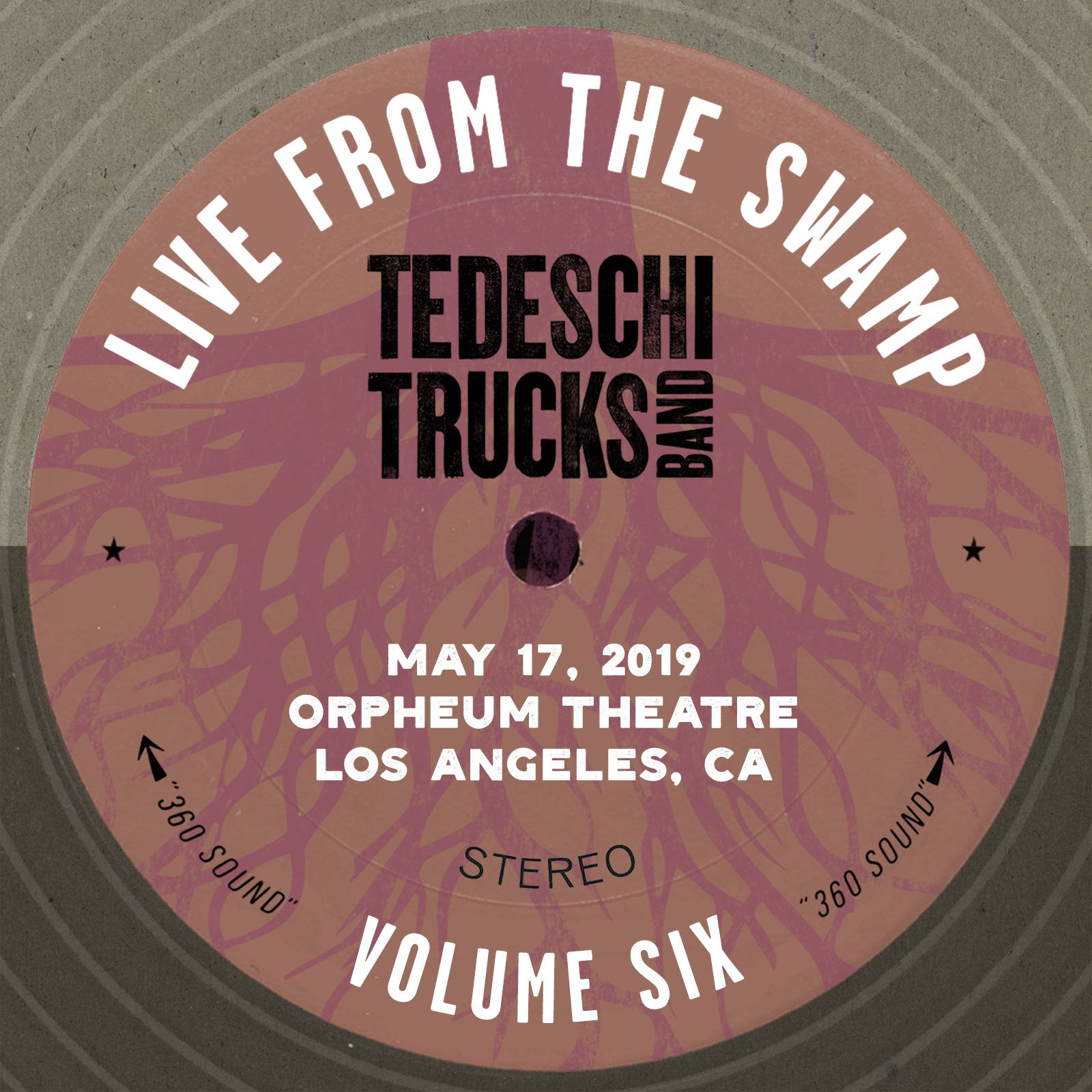 On two idyllic Southern California nights, in the midst of a West Coast run that found the band in fine form on a nightly basis, TTB hit the stage at the Orpheum Theatre in downtown Los Angeles and delivered two performances for the ages. With their newer material from Signs now stage-tested and reaching new evolutions, and fresh off a national TV appearance on Jimmy Kimmel Live, these sets offer the full range of TTB’s countrified soul, with all instruments and voices singing in all the right ways to make the LA run one of the musical highlights of 2019.
The second night of a run is often a joyous one for the TTB band and crew: no long bus ride to get to town, no early alarm clocks for load-in, no big surprises when it’s time to get onstage and get back to work. This night work begins with a familiar opening segment of “Laugh About It” and “Don’t Know What It Means>The Letter,” a tried-and-true rocker of a sequence but definitely not a formality with Kebbi’s percussive sax excursion providing a standard of outness for the band to match going forward. The rare and sultry “Sweet and Low” is followed by a raucous “Key To The Highway” and “Bound For Glory” is the singalong set closer that keeps everyone counting the minutes during set break for the band to return with their finishing salvo set (fortunately, there’s no such wait to worry about on these recordings).

“Keep On Growing” may be a cover tune but TTB makes it their own every time it’s on the setlist. They don’t technically own it but tonight they do, with Derek channeling his rock god mentors and delivering a winding, graceful solo that flows right into another one in “Midnight In Harlem.” It’s rare to see Midnight on two straight nights; in this case it’s not to correct anything wrong but just to revisit a space that flowed so beautifully the night before. TTB grows to 13 for a spell with Carey Frank adding keys on “Leavin’ Trunk” and Susan steps up and knocks it out on “Angel” and “How Blue Can You Get?” After a 22 minute workout on “I Want More>Soul Sacrifice” that still feels compact and purposeful, “Space Captain” is the feel good grace note on a spectacular weekend of music in LA.

Live From The Swamp, Vol. 6 was selected for release by a listening committee after feedback from band members and crew. The download is produced from the original 64-track soundboard recording by Bobby Tis and Brian Speiser, and mixed and mastered for release by Jesse Lauter.

Live From The Swamp, Vol. 6 is available for purchase in multiple formats via Nugs.net.
BUY NOW
FAQ
Skip to top