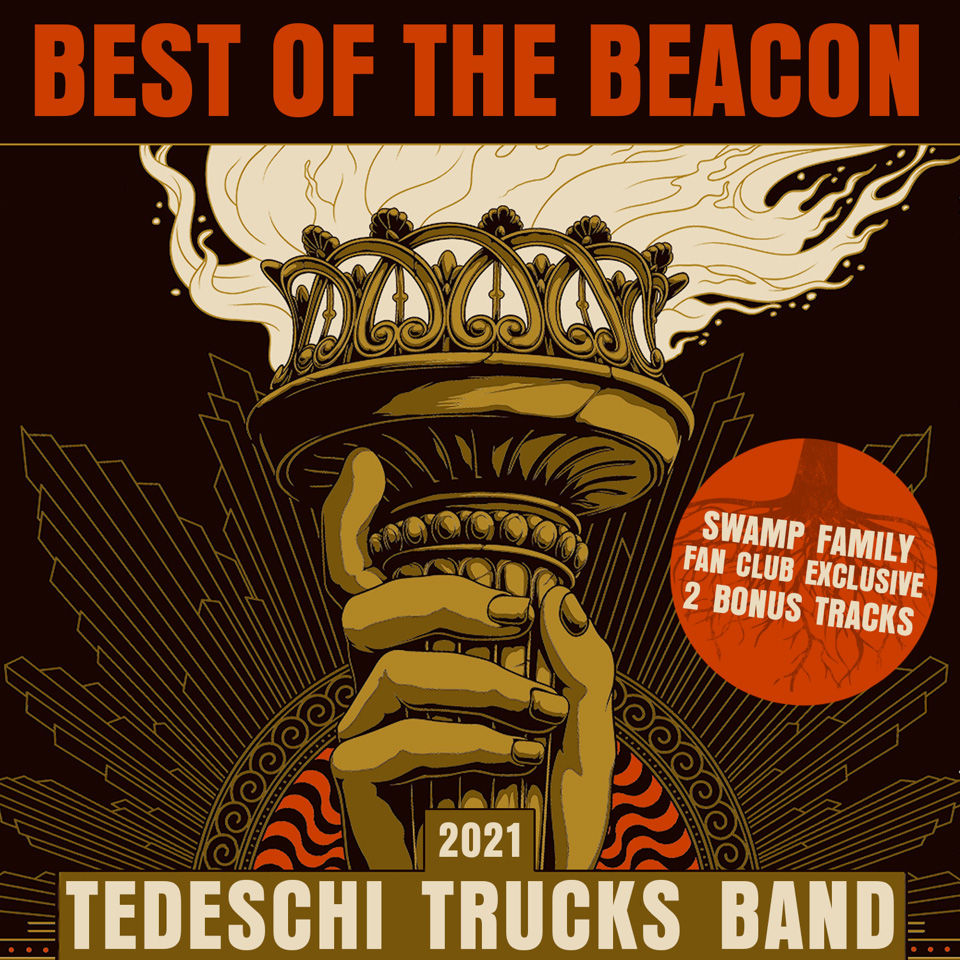 There was a buzz different than most nights when TTB finally took the stage on September 30, 2021. It had been nearly two years since the band last visited the historic vaudeville theater on 74th and Broadway in Manhattan’s Upper West Side. It had been nearly 18 months since Derek performed at MSG with The Brothers, on March 10th, 2020. No one knew at the time, but two weeks later, the entire city would be in lock down, the streets silent except for the sound of sirens as New York became the epicenter of the global pandemic. No, this September night was different than others, as fans reunited with each other, many entering a sold out venue and seeing friends for the first time in over a year. From the first notes, there was a sense of celebration as we welcomed the return of live music in all its glory.

Best of the Beacon 2021 was recorded live over the course of the band’s 7-night run. Not only were these among the first shows featuring the full line-up since February 2020, the dates also marked the 10th year of performing on the Beacon stage. Each track was lifted from the soundboard recordings and subsequently mixed and mastered. Best of the Beacon 2021 is available now as a free download for Swamp Family fan club members and, as an added bonus, members will receive two additional exclusive tracks not available elsewhere including a massive jam featuring Marcus King.

Swamp Family members: Use the unique code on the Concert Downloads page and the Buy Now link below to redeem your free download.